Officially it’s called the Charilaos Trikoupis Bridge, and it’s the world’s longest fully suspended multi-span cable-stayed bridge. It’s known locally as the Rion-Antirion bridge because it connects the towns of Rio and Antirrio, it crosses the west end of the Gulf of Corinth. The bridge spans nearly three kilometers and there are four of these giant pillars holding the bridge cables.

Passage beneath the bridge is highly controlled and any vessel approaching from either side must contact the bridge authority on VHF from a couple nautical miles away for clearance. As you approach they tell you which pillars to cross between depending on your direction and other vessel traffic in the area and you are monitored until you’re clear.

As beautiful as this is in the daytime, it’s supposed to be just as pretty at night when it’s fully lit up. 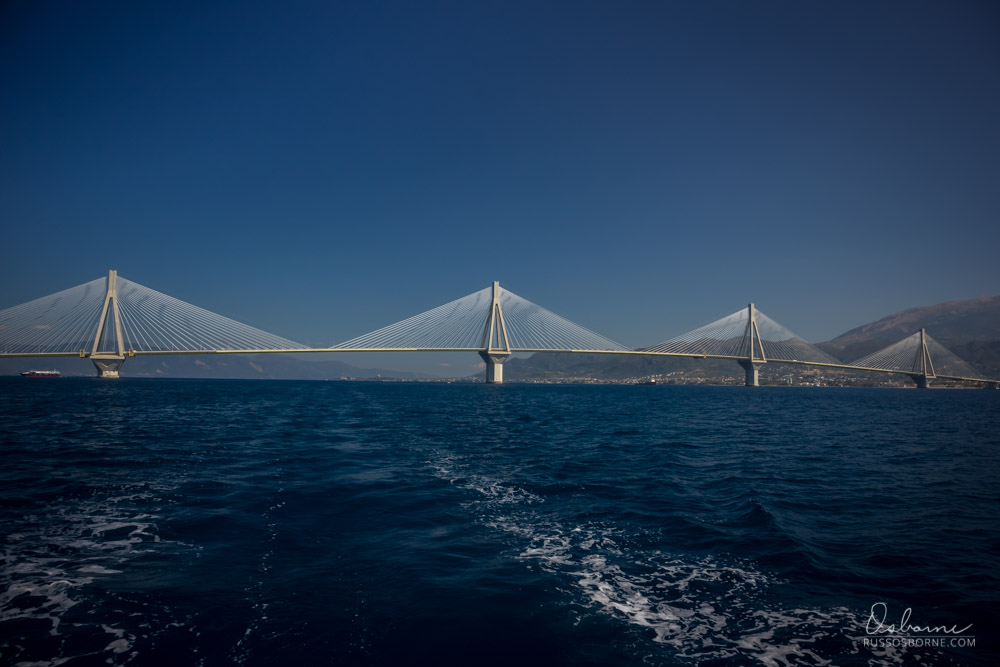 Looking east towards the Rion-Antirion bridge after our crossing.